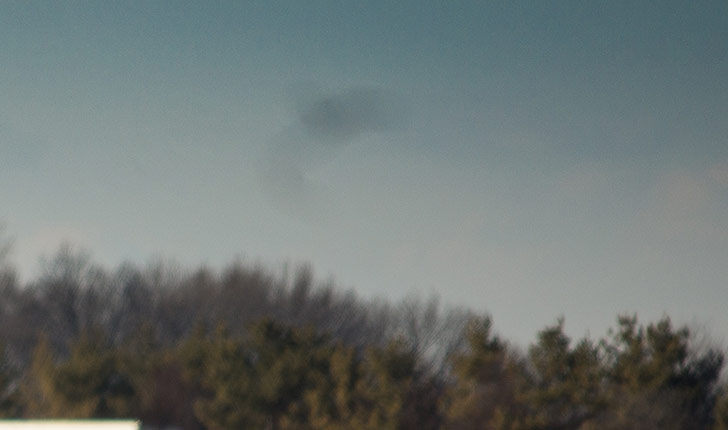 There are a thousand things I love about digital cameras, but that bit where you get schmutz, shmuts, smut or all thoes other fun “S” words on your sensor really sucks!  Most of us are really, really not happy about the thought of trying to clean our sensors and will do just about anything to avoid it.  Imagine my sadness when a big bit of sh__, um, “Stuff” showed up on all of my pictures recently.  Not happy.  Not happy one bit.

Well, of course the first thing you do is check the lens and do all that basic blowy/cleany stuff you do to get rid of the easy gunk.  When that doesn’t work, it’s cold sweat time.  Sure, you can remove the offending black swirly thing in post processing. Well, as long as it’s up in the clear blue sky somewhere.  It’s a bit harder when the schmutz is right across some sort of random pattern.  Anyway, I had one more thought.  I could try once again to blow out the inside of the camera.  That rarely worked for me in the past, but this was an act of desperation. 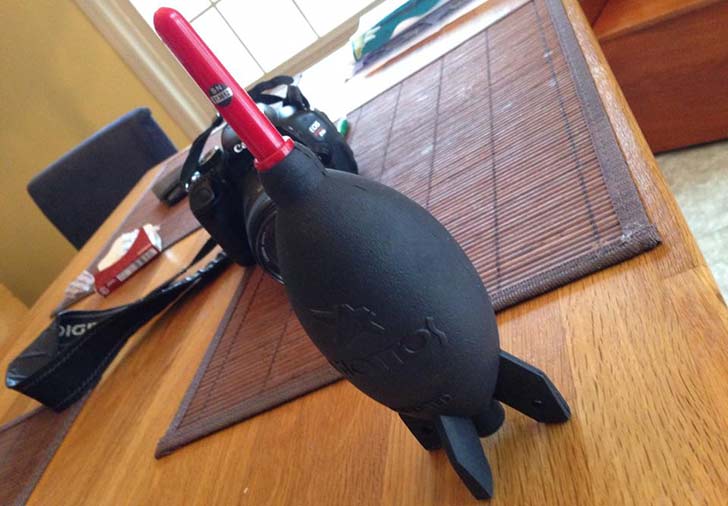 I’ve always had those little baby blowers you get from Walmart and that simply wasn’t doing the trick.  After a bit of reading, I decided to go order one of these giant “Rocket Blowers” from Amazon.  When it arrived yesterday, I held out little hope that it would do much.

I wasn’t holding out much hope, but I put the lens back on the camera and went to the window and shot a few shots of the blue sky.. What do know?  The schmutz was gone!  Well, it just goes to show you that sometimes it is the simple, fixable problem.

So the moral of the story is, if you have a problem you can’t seem to solve easily, you may just need a bigger blaster…